The Puck Cylinder Phonograph was manufactured during the early 1900s. French constructed models were characterised, in part, by their silver painted metal bases. The item on display is possibly a German-made Puck, which were often coloured blue. 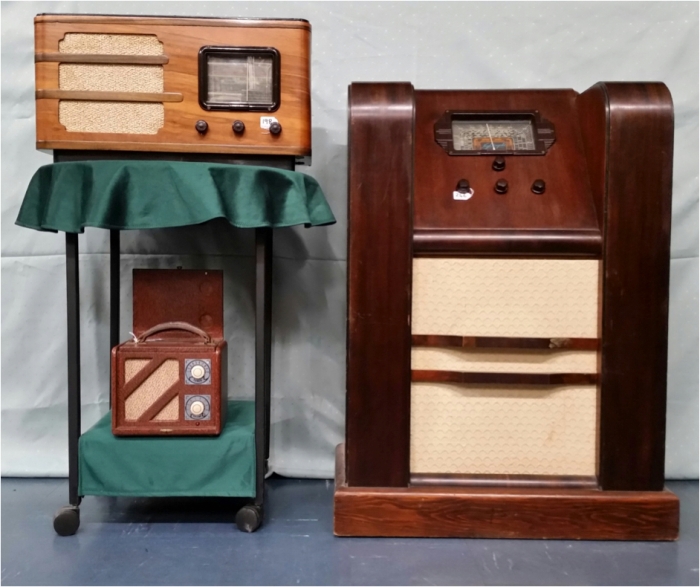 Harland Console Radio, manufactured in Tasmania by Fred Harland, circa 1946.

The electric record-changing Salonola was invented by the late Eric Waterworth of Hobart. He first started work on the design at about the age of seventeen and finished it when he was twenty. The Salonola was demonstrated at the 1927 Sydney Show but Home Recreations, who were to incorporate the changer in their phonograph, went into liquidation and the Salonola was never marketed. 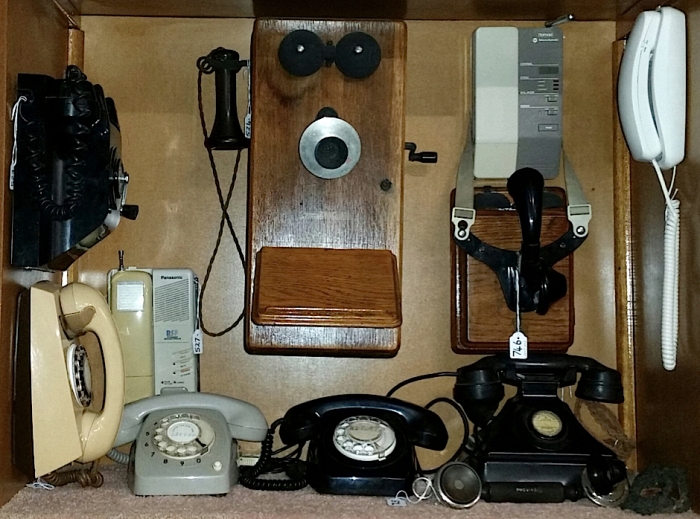 Part of our collection of telephones